How to spend a billion?

Healthcare and housing for families in the east

Following the earthquakes, the blueprint for Christchurch identified a number of big-ticket “anchor projects” for the city. Many are on their way completion. But two of the largest - with a possible price-tag of almost a billion dollars - are still waiting in the wings. Christchurch Dilemmas asks, are a convention centre and stadium the best use of money for the community?

Following the earthquakes, a number of big-ticket “anchor projects”  were identified for the city’s rebuild. Many are on their way completion. But two of the largest - with a possible price-tag of almost a billion dollars - are still waiting in the wings.

Ex-mayor of Christchurch Garry Moore isn’t convinced the proposed stadium and convention centre are the best investment for the community.

“Over the last few years this city and its environs have experienced 13,000 earthquakes, and as a result of those earthquakes between $40-45 billion has either already been spent or is about to be spent in this part of the world,” he says.

“We are considering things that are going to cost hundreds of millions of dollars, maybe a billion - are we spending that money wisely?”

According to Otakaro Ltd, the crown-owned entity tasked with carrying out the developments, the anchor projects are “all about people – making the central city a place that people want to live, work and visit, and spend time for social and cultural activities”.

Initial plans for a new covered stadium to seat 35,000 were costed at around $506 million in 2013. The plans for the build have now been pushed out to 2025, and the scope of the project is now up in the air - but Moore says it’s time for a full rethink.

“As mayor of Christchurch one of my jobs was going around the world selling the stadia we had,” he says.

“The question I have is: Is this the right size? Should we not look at something smaller? And maybe this is the right place - but maybe we could just think about it for a couple of decades, and maybe the money could be saved up and used for other projects.”

Across the city, the convention centre precinct project has previously been costed at a possible $500 million. The crown has capped its contribution at $284 million - enough to build the centre itself, leaving the rest of the precinct for private investment.

While the original plan for the convention centre was a public-private partnership, when the Plenary Group partnership was dissolved this year, the government announced it would forge ahead alone.

“This is probably the most contentious of all the projects,” Moore says.

An Otakaro spokesperson said the convention centre would bring in “significant numbers of convention and conference visitors from both New Zealand and overseas to Christchurch”.

“They will stay in local hotels, eat at local restaurants, visit local attractions and buy local goods, particularly in the central city.”

While the council has put the stadium off the agenda until after 2020 and the size and scope of any new facility is still to be determined, a multi-purpose facility would provide the opportunity to attract top tier events and spending that benefits the whole community, he added.

But what are the other possibilities for spending $1 billion in Christchurch? 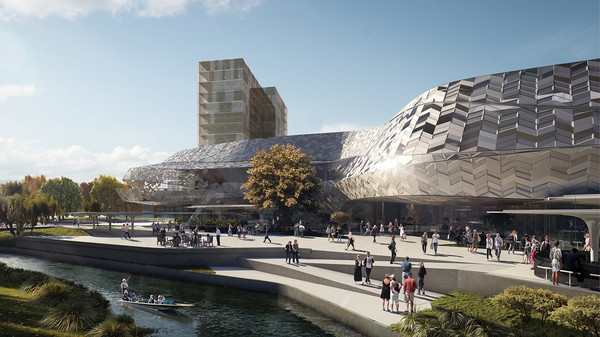 A proposed design for the Convention Centre

“These two buildings in particular are two of the most important expressions of that period of architecture,” she says.

“What else is going to tell us those stories from our past if our architecture isn’t here to do it? To me that’s one thing that a portion - and not even a very large portion - of a billion dollars could be spent on.”

Freerange Press director Barnaby Bennett said preserving the city’s buildings was crucial. “Photos and stories of buildings are not the same as a building, because there’s always a life and agency and experience of of being in building that’s like time travelling - and if you demolish those buildings you lose that forever.”

Rachael Fonotia of Aranui Community Trust would like to see more spending on the community in the eastern part of the city, which experiences the highest levels of socioeconomic deprivation in the area.

“We’re on the lower side of things and we’re under the line on a lot of things. I’ve always been real proud of this area and we advocate hard for this area,” Fonotia says. “The community could benefit greatly from a billion dollars.”

Fonotia would like to see safe, warm, affordable housing for families; cheaper healthcare and dentistry, “and a health centre, where if you’re sick today you can be seen today - where you can be treated early in an illness and not let cost be a barrier”.

Others want to see a stronger investment in the young people and children of the city. Eve Lafferty of Barnardos NZ hopes Christchurch will join 900 cities around the world which have adopted “child-friendly” frameworks to try and make an environment for children to thrive in.

“I look around at the rebuild and it’s great to see things like this fantastic [Margaret Mahy] playground but there’s so much more we could do. I’d like to see every plan, every decision, every project considered through the ideas of a child: what are the impacts on our younger citizens?”

So are the big-ticket projects the best allocation of resources for the city? And how can the city best spend money to benefit its communities? 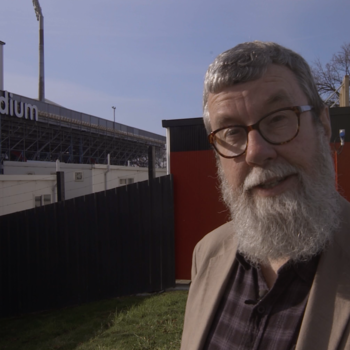 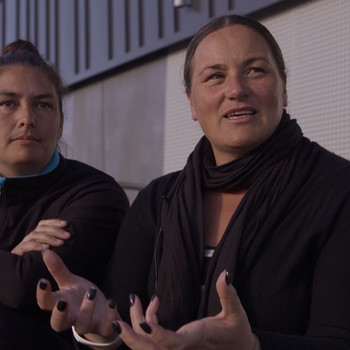 “We’re on the lower side of things and we’re under the line on a lot of things. I’ve always been real proud of this area and we advocate hard for this area. The community could benefit greatly from a billion dollars.”